Welcome to My Personal Page 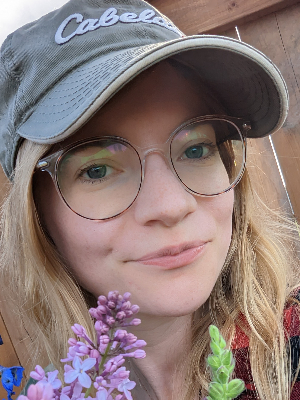 I am writing to you to share my passion for the fight against Human Trafficking in Canada and to invite you to join forces with me by supporting my fundraising efforts.

Between August 13 and 21, 2022 I will join participants from across Canada by cycling 30kms (participants can choose to walk, run, cycle or engage in another activity of choice). All money raised will support the Joy Smith Foundation’s Prevention and Intervention programs. My goal is to raise $5,000.

The first time I really tuned into the issue of Human Trafficking was several years ago when I heard Tony Robbins (famous personal development guru) speaking about his involvement in OUR (Operation Underground Railroad). Hearing the story of a young boy being taken and Tim Ballard’s (CEO of OUR) determination to find him broke my heart. That children as young as 4 years old fall prey to Human and Sex Trafficking around the world and that the greatest consumer is North America, disgusted and horrified me.

Later I learned through a local friend that Human and Sex Trafficking are growing issues in Canada, too. The average age of entry into the Sex Trade is 12-14 years in Canada and 93% of victims are Canadian-born. Traffickers use a process called ‘grooming’ to lure girls into modern slavery. Predators work to gain the trust of the victim while isolating them from family and friends. Today, this often starts out on social media or in online gaming chat rooms.

The Joy Smith Foundation (JSF) is the perfect organization to support if you want to help free women from slavery and save children from entering it in the first place! Joy, a mother of six and a school teacher, first became aware of human trafficking when her son, Edward, told her of his work finding and rescuing young exploitation victims.

Joy jumped into action after learning no laws yet existed in Canada to protect victims, or to bring perpetrators to justice. She decided to run for a seat in the Manitoba Legislature and won in 1999. In 2004 she became a Member of Parliament and made Canadian history there as the first sitting MP to amend the Criminal Code twice, strengthening sentencing for traffickers and expanding Canadian laws to reach internationally.

If you would like to know more about the issues facing Canadian women and girls and how to spot signs that a loved one is being trafficked, please visit joysmithfoundation.com!

Thank you for taking the time to read my letter.

If you think this page contains objectionable content, please inform the system administrator.

As a Captain
Join a Team
As an Individual

About Joy In Action